To celebrate World Book Day this month, the FSF held our first story writing competition. Children in local schools were invited to send in a story they had written. Thank you to all the children who sent in their wonderful tales. Here is the winning entry, faithfully typed, from Rupert age 9. Enjoy!

Once there was a Minecraft world called Jungle Island. Inside the world there was an island of Jungle in an endless sea of Desert. In the Jungle there was a huge hill, on the hill was four gigantic trees, suspended in the trees was a series of houses and rope bridges and in one house lived our main characters Fred and Bob! They lived in a harsh time, for fish were disappearing faster than you could count. Every day the two Ocelots headed out to the lake to seek out fish.

One summers morning, they went at the strike of 10 as always, and walked down to the lake. Suddenly out of the corner of his eye, Bob saw something glistening in the shade that he had never seen before! “What is that?” he asked. They went over, and to their absolute astonishment, they saw a wooden chest! “Where did it come from? “wondered Fred. “The world must have generated it last night, “said Bob. “Let’s take it home to the treehouse to open it” 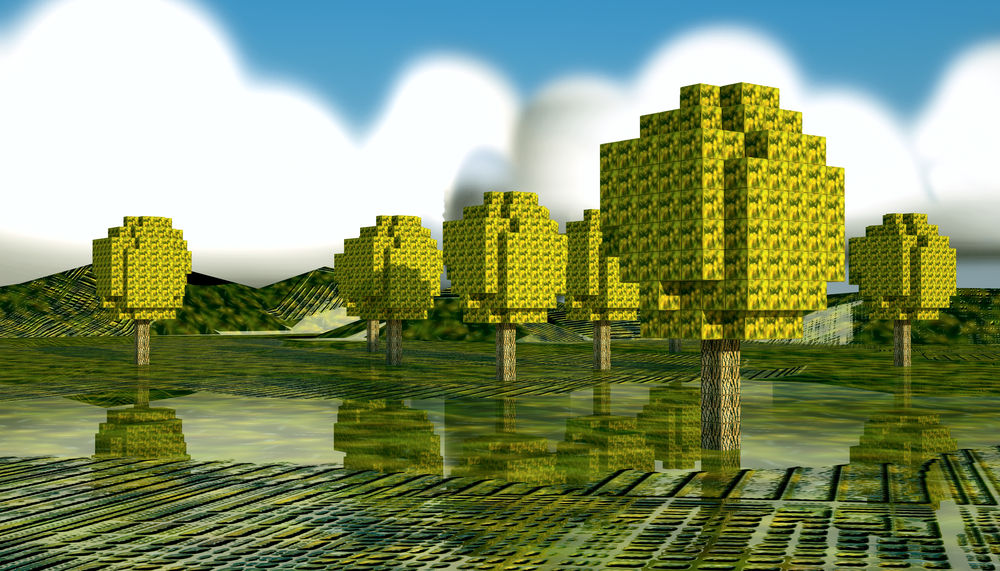 When they got home, they excitedly opened the chest. Inside were four diamonds, two emeralds, eight potatoes, one Heart of the Sea, a book and a map. Bob ran around, overjoyed, sorting out all the contents of it. Using two sticks and the diamonds, he crafted two diamond swords. Next, he put the emeralds and Heart of the Sea in the vault. He shared out the swords and potatoes. Finally, their eyes rested on the map and book. Hear is what is said:

In times of big trouble,

When Ocelots struggle for food,

One thing can save them,

“I seriously think we should go after that fish” said Bob “anyway, we have the map so why not?”

“I don’t think we should go. It could be some kind of trick” answered Fred thoughtfully. After a while, Bob convinced Fred to come. “Fine said Fred, “but then if we die I will blame you”

An hour later, they were ready to go. They set of down the hill and through the deep Jungle. They went on for two days, fighting off the occasional mob with their diamond swords. Suddenly on the third day Fred saw the Temple. They both knew it was full of traps, so they went around disarming traps. Soon, Fred spotted a lever on the wall. He walked over, pulled it and suddenly he was falling! ”NOOOOOOOOOOOOOOOOOOOO” cried Bob. Fred thought he was going to die, but he landed in a minecart. Bob jumped down after him and they rolled along. They came out in a flaming room, in the middle was the fish. They grabbed the fish and looked for an exit but saw a portal instead so they ran and jumped though. The fish was enchanted with infinity, so they had infinite supply of food. They came out in they own house and that night had a party!!!!!!!!!!!!!!!!!!!!!!!!!!!!