Followers 3
Teaching and learning mathematics in the early years: a cognitive load?

by Linda Pound in Articles Teaching and Learning on February 4

Mathematics should come easily to us. Mathematical thinking developed from human brains as our ancestors sought to make sense of their world. Hard-wired mathematicians, we’re able in infancy to differentiate between groups of different sizes; to subitise and identify errors of addition and subtraction in small numbers of objects; and to make connections between a number of sounds and the same number of objects.

And yet maths is often thought of as being a hard subject. This is in part because it is a highly abstract area of learning – the moment you talk of two or five, you’re in the realm of abstract thought. It is also widely considered hard by a large proportion of the population of this country because of the way mathematics has been taught.

Even in the early years, mathematics is often mistakenly thought of as an area of learning that must be learnt and taught through direct instruction, in a particular order, and according to a fixed set of rules. While of course there is a place for instruction, as a general rule of thumb the younger the child the less effective it is to rely on it as a teaching tool. 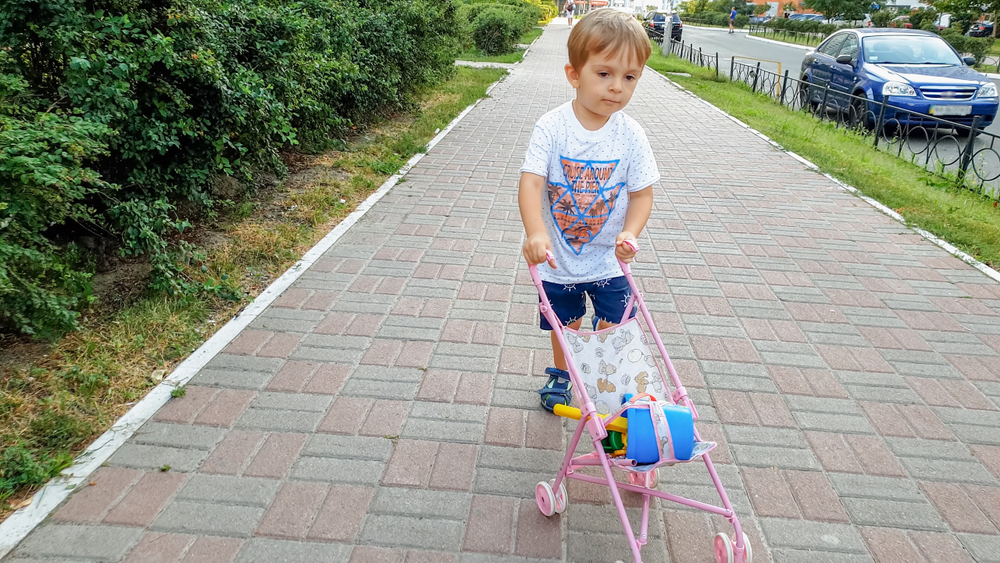 CLT was initially developed in the 1980s. Its starting point is that since our working memory is limited in both time and capacity, in order to maximise learning, new information must be transferred to long term memory as efficiently as possible. That is best achieved, the theory argues, by avoiding any potentially confusing or non-essential information (reducing extraneous load); presenting information that aligns with the learners’ prior knowledge or understanding (managing the intrinsic load); and building on processes which are believed to aid conceptual development such as practice and memorisation (maximizing the germane load).

Ofsted suggests that CLT has an important contribution to make to our understanding of learning processes. However, the theory is not without critics and Ofsted is careful to point out that in developing pedagogy, it is important to draw on a wide range of evidence bases and approaches. This is particularly important in early childhood education.

Minimising distractions (or extraneous load) is not unfamiliar to early childhood practitioners. Young children have in-built mechanisms for ignoring anything that gets in the way of what they are currently engaged in. No chance of counting steps or flowers if there’s a snail on the path. Similarly, an adult’s clumsy attempts to count red cars can result in the child simply wandering away or zooming off with a blue one. Successful early childhood educators know that to avoid becoming the distraction, they must start from each child’s own focus and level of understanding.

Interesting research from Sussex University shows a link between extraneous and intrinsic load since over-simplified and under-stimulating materials may themselves act as a distraction. In the absence of an engaging or stimulating focus, the learner’s attention may move away from the intended focus towards other things of greater interest.

Across much of the curriculum, early childhood specialists intuitively reduce intrinsic overload by keeping things simple. Evidence drawn from decades of work on language development shows that adults (and older children) instinctively simplify what they say to babies and toddlers – raising the pitch of the voice, stressing key words and keeping utterances short. In relation to maths however, there may be a tendency to underestimate children’s competence. Lucy, not yet two years old and with an unreliable hold on the order of numbers (counting for example 1, 2, 9, 4, 3) was asked if she wanted one or two small spoonfuls of ice cream quickly replied three!

Matching learning opportunities to learners’ needs can be difficult in the early years. By definition, young children’s experience is limited and specific to their way of life. Some for example will have a lot of experience in dealing with money because it’s often discussed and carefully counted at home. Others may have a strong conceptual grasp of weight because they enjoy cooking but never go shopping because food is delivered and paid for by direct debit. In any group of young children there will be novices and experts in many different aspects of mathematics. What are needed are open-ended materials and planned activities that allow children to build on what they already know. Careful observation of children engaged in such open-ended play and activities can provide adults planning future learning opportunities with vital information. 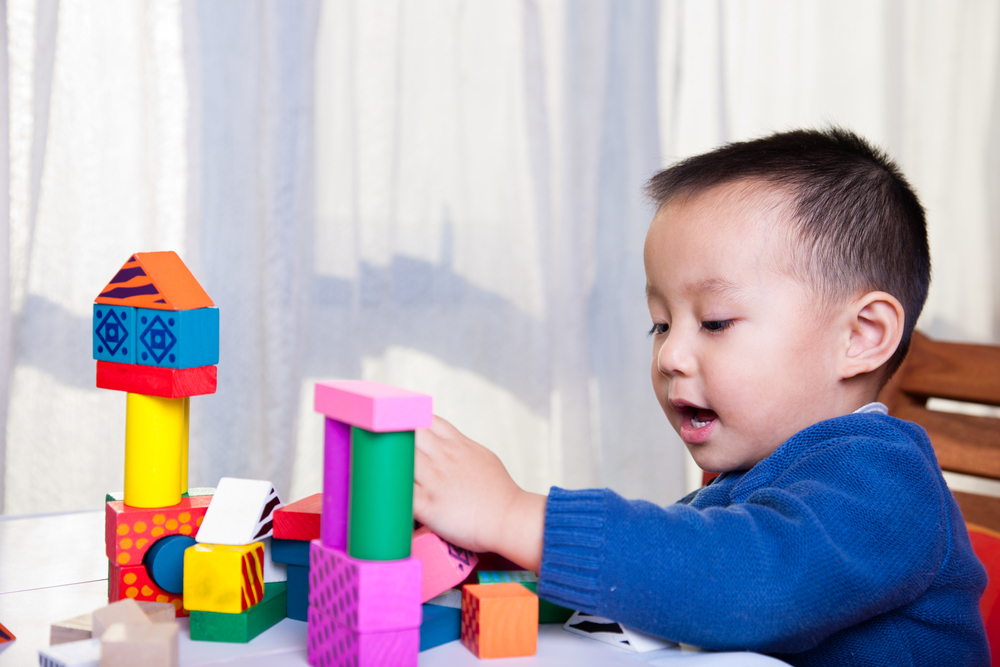 Balance the cognitive load – focus on the germane

Within CLT, the function of the germane load is to make learning more effective. The teaching strategies employed will be designed to make strong links between existing knowledge and new learning.

One of the strategies indicated is dual-coding, using both oral and visual stimuli. This is important in the early years but may be more effectively thought of as multi-modal learning. At this stage learning relies on sensory stimulation. In order to build a mathematical brain, children need physical action and exploration, untold opportunities to touch and smell, as well as seeing and hearing, the world around them. Their ability to master the abstract subject that maths is relies on handling concrete materials, exploring physical space, talking about mathematical characteristics and symbolising concepts such as quantity, dimension, similarities and differences through mark-making, construction and movement.

Much of the CLT literature refers to ‘worked examples’ – redolent of days in front of a blackboard. It may be more appropriate in early years practice to think of modelling. Ofsted suggests that worked examples are most useful for novice learners – and that experienced learners require opportunities for exploration. There is a danger that this could be interpreted as meaning that modelling is only for the least experienced and exploration for the more experienced. In fact, for young children these two aspects must go hand in hand. They must see adults modelling sharing fruit fairly but also have opportunities to find out what happens when that doesn’t work out.

CLT argues that teachers should avoid including overly complex or unnecessary information. However, to take the snack-time example further, when working with young children, deliberately adding what are sometimes called ‘provocations’ can strengthen learning. For example, making sure that there are not enough pieces of fruit to give everyone the same amount can promote important mathematical discussion as children explore the problem. Similarly, it is sometimes suggested that to provide different arrangements of groups of five dots or different types of triangles may confuse children. Provoking thinking by challenging expectations promotes learning. Maths is not about one right way – but about solving problems.

Rehearsal (or practice) is recommended as part of the germane load. For older children this often means worksheets – but for young children it should mean time and space. Given that, young children will practise endlessly and even build in their own challenges. In her efforts to perfect her walking skills 13-month-old Maria pushes and pulls her buggy around the garden. She tries the same route at first, up and down the path but then attempts pushing it on the grass. Over a matter of days, she gets increasingly adept at that but then begins adding loads to the buggy – at first a doll or two, then a ball that intriguingly rolls off, then a hoop that’s too big and restricts the wheels. This process enables her to develop understanding of distance and weight, of comparison, sequence and pattern.

Every day, on arrival, four-year-old Amin goes to the block area. The challenge he sets himself is to build a series of towers, of increasing complexity and using increasing numbers of blocks. With his teacher’s encouragement he begins to draw his structures, exploring in these processes a range of concepts including number, addition and shape and space.

Visualisation is a key element of CLT strategies but it is also an increasingly foundational element of maths education. In the past there was a feeling that initially mathematical thinking had to be concrete before young children could move on to more abstract thinking. Better understanding of mathematics and of learning development now suggests that the two things must go hand in hand. There has been a strong move towards using story to teach mathematics, towards actively encouraging very young children to imagine objects and events and towards drawing mathematical ideas in order to clarify thinking.

Although the terminology (and starting point) adopted in CLT may be unfamiliar (and in some cases uncomfortable) for early childhood practitioners there are aspects that can lead us to reflect on theories common within mainstream early childhood pedagogy.

It is important to recognise that CLT is but one of many theories of learning. It’s a theory that links human learning to that of computers and may lead us to think of children’s brains as empty buckets to be filled with knowledge drawn from a content heavy curriculum. This conflicts with the young learner portrayed in the 2021 EYFS handbook - powerful, playful, active and creative. Let’s not lose sight of that!

You can read another of Linda's articles, Counting on Strong Foundations!.

Linda Pound has a lifetime’s experience of working with young children and their families. She has worked in three universities and was an LEA inspector responsible for the early years for almost ten years. In addition, she has been head of a nursery school and deputy head of a primary school. Linda writes extensively for a range of audiences, on a variety of topics related to early childhood care and education. She has written a number of books on mathematics and is particularly interested in the aspects of learning which underpin children’s long-term ability to think mathematically with confidence and enjoyment.
Followers 3