by Linda Pound in Articles Teaching and Learning on May 12, 2021

We are born mathematicians yet, early in life, far too many of us come to believe that maths is hard and that we’re no good at it. This has to change. Mathematics teaching is not adequate for life in the twenty-first century if it does not equip learners to feel confident about:

·         calculating bargains in the supermarket.

In a book called Alex through the looking-glass: how life reflects numbers and numbers reflect life, Alex Bellos describes mathematics as the ‘most playful of all disciplines’, arguing that numbers are both toys and tools. Furthermore, he suggests that in our day-to-day life we are assaulted by numbers – as labels on buses, phones, houses, and seats; or indicators of time passing; measures of quantity, weight, speed, distance, price and age.

In making sense of this complex world, young children have to gain an understanding of the function and power of numbers. This process requires very firm foundations – and like the foundations of a long-lasting building cannot be rushed or skimped. The McMillan sisters, renowned developers of early childhood education, believed that space and time were what children needed to thrive and learn. Giving space and taking time enable new information to be acquired gradually and thus forgotten slowly.

In developing understanding of this ‘most playful’ subject, rich opportunities for play and interaction with people, events and places enable the brain to create neural connections to create a foundation for all future learning. Play allows children to explore and rehearse, to make mistakes and learn from errors, to develop interests and positive attitudes to learning. Rich opportunities are not a short cut but are an essential element in acquiring the deep insights required for the complex mathematical world of today.

The importance of spatial reasoning

Despite its importance as a prime area of learning, the role of physical development in cognition is sometimes overlooked or downplayed. But the value of spatial reasoning in the process of becoming a confident and competent mathematician has never been clearer*. Amongst academics there is widespread debate about the overlap and differences between terms such as spatial reasoning, visualisation, visual-spatial reasoning, spatial awareness and so on. Whichever term is used, those who develop strong spatial skills tend to be successful at mathematics – as extended periods of playful activity feed the senses and build neural pathways in the brain. 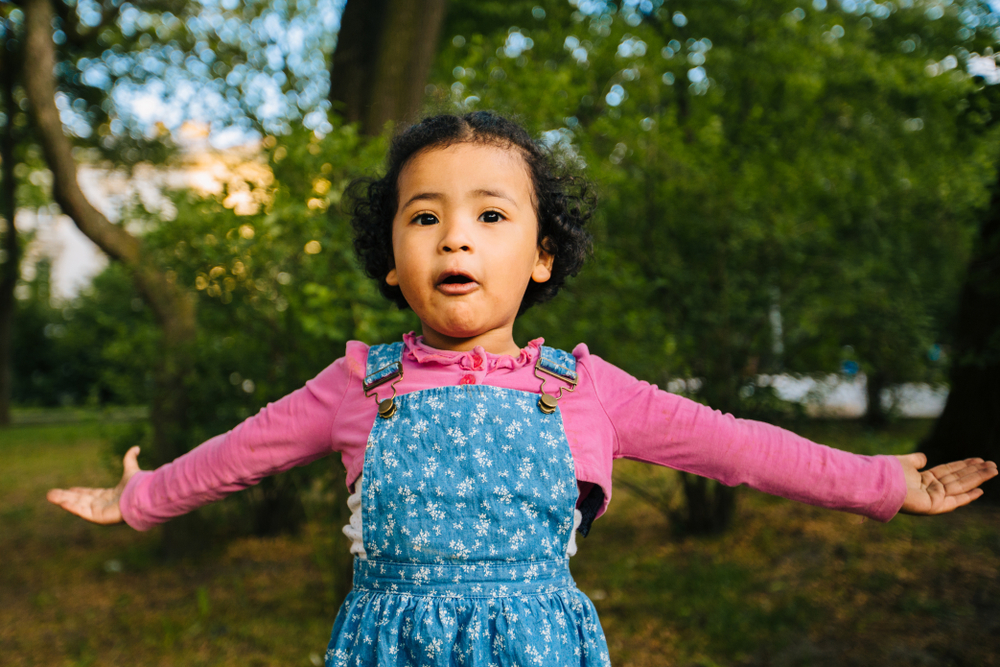 Through gross motor movement such as sliding, spinning and balancing, children come to conceive of number as relating to distance, speed and location. Experiences such as large-scale construction or block play contribute to understanding of multiplication and division as amounts grow bigger and smaller, changing scale. Creating diagrams and models, maps and images supports comparison, as well as pattern creation and recognition.

Fine motor activity is also important in spatial reasoning – and is developed through handling objects of varying shape, weight, texture and size. Using fingers to represent numbers and finger rhymes to reinforce learning through counting songs and rhymes have long been a familiar part of early years provision – building on the fact that the area of the brain responsible for number is adjacent to the area responsible for the action of our fingers. More recent researchers refer to finger gnosis or finger perception. Their findings suggest that:

·         the perceived link between musical and mathematical ability may arise out of musicians’ strong finger perception;

·         scores achieved in calculation tests by college students can be predicted by their level of finger perception;

·         for children in American Grade 1, levels of finger perception better predict levels of achievement in Grade 2 than tests.

Perhaps the most exciting aspect of the way in which spatial skill contributes to mathematical understanding is its role in visualisation. Maths is a highly abstract subject, which requires an ability to think about things which are not present to the senses. Imagination, developed through experience and play, demands thinking about things in the same way. Seeing things in the mind’s eye, developing and talking about mental pictures of mathematical ideas is increasingly understood by mathematicians to be vital.

Firm foundations need the support of other people. A lack of self-confidence or self-belief is the root cause of much failure in mathematics. Strong personal, social and emotional development (PSED) helps children to maintain positive attitudes and interests. It will enable them to see mistakes as a vital part of learning – stimulating and growing the brain.

Having a go or even just guessing is important but requires confidence. It is a popular myth that we should discourage guessing (or wild guessing as it is often referred to). In fact, children’s guesses are rarely wild and those that appear to be so can often highlight important misconceptions. If you ask ‘how many?’ you’re unlikely to receive the answer ‘yellow’. The answer ‘nine twenty thousand million’ may simply indicate that children are out of their comfort zone in terms of quantity. Another key aspect of PSED for mathematical cognition is learning to co-operate with others, taking account of the ways in which they do things and coming to recognise and learn from other perspectives and understandings – acquiring theory of mind. 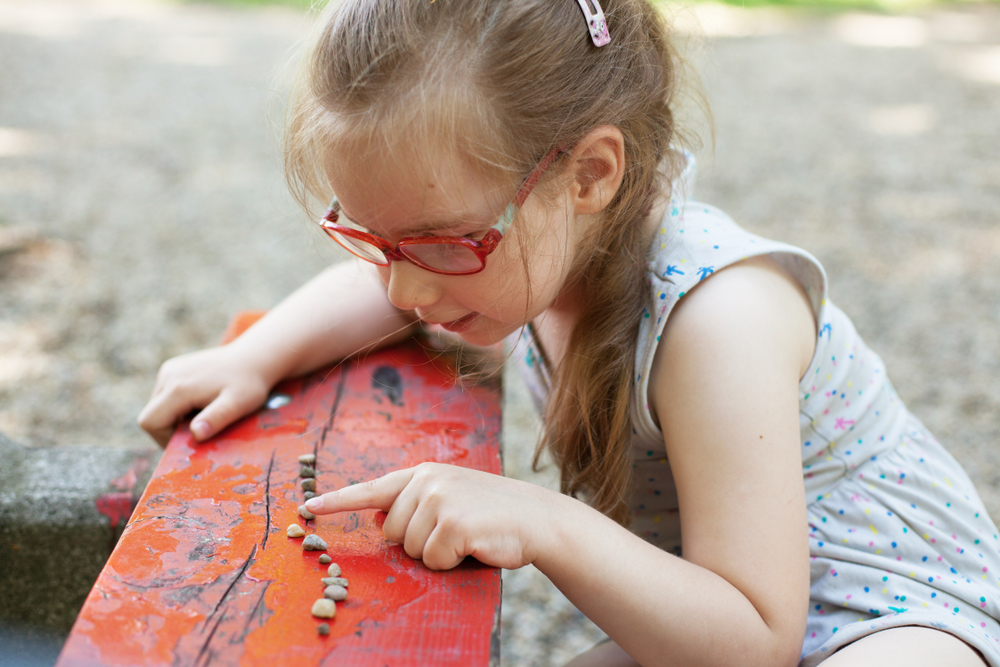 Closely related is another prime area of learning, communication and language (C&L). Conversation with adults and peers in a language-rich environment, filled with stories, songs and rhymes feeds cognition. The use of sensitive questioning is particularly important in the development of mathematical thinking. Too often, perhaps because they themselves lack confidence, adults’ questions focus on one right answer. This in turn can lead children to believe that that is all maths is about. Two and two does make four – but getting the answer five can be embraced with the response ‘close’. Whether right or wrong asking ‘why do you think that?’ can promote language and thought. Asking open-ended questions helps children (and adults) to understand why mistakes are made and explore how to put them right.

Deliberately making mistakes can provide a strong stimulus for discussion. Adults might for example provide too few items of cutlery at one table, or when working with a child on a pattern of beads choose two blue when the pattern demands three yellow. They might sing verses of a counting song in the wrong order or add some illogical detail in a story. When and with whom such tactics are appropriate relies on skilful knowledge of the children but can be very powerful in developing thinking and learning.

Because the world is rich in number, and our brains are hard-wired for maths, every area of provision in early years settings has the potential to offer rich mathematical opportunities. Indoors and out, it is vital that the environment offers rich physical, sensory, social and linguistic opportunities. Alongside this we need to ensure that rich experiences are fully explored and represented in many different ways. Concepts explored and stored through language, bodies, fingertips, eyes and ears will all contribute to a strong, cognitive grasp of number.

It used to be thought that conceptual development in an abstract subject like maths could only come about through concrete experience. While that is vital, we now understand that concrete and symbolic understanding, imagination and visualisation support each other.

Similarly, the opportunities for exploration and rehearsal of ideas offered through play will be enriched and strengthened by modelling. Young children learn through what they see others doing – both children and adults. This requires active adult involvement in children’s play – sometimes offering suggestions, and sometimes questioning. An example of this might be in shop role play – promoting understandings of exchange by asking why you haven’t had any change or challenging the amount you’ve been given. The children’s answers don’t have to be accurate in this case because what you are doing is drawing attention to processes – challenging their current understanding.

Introducing ‘provocations’ can also enhance learning. This could simply take the form of adding a cylinder to a collection of balls. It does roll but is it a ball? It could be adding some unusually shaped containers to the mud kitchen and the dough table.  Which holds the most? How do you know? Or perhaps planting a giant footstep in the garden. How did it get there? How big is the giant?

Building strong foundations for the abstract world of number is not a quick process. Giving children (and adults) sufficient confidence and insight to recognise the potential playfulness of an area of learning which is rarely regarded as creative or fun is challenging. First, we must help children to enjoy and understand numbers as both toys and tools, as they make sense, indoors and out, of the complex mathematical world. Secondly, we have a responsibility to convince parents, politicians and colleagues that we are building foundations for society’s future. To do that well takes time, but time and space build firm foundations in the long run.

Read another of Linda's articles about Maths - Teaching and learning mathematics in the early years: a cognitive load?

Linda Pound has a lifetime’s experience of working with young children and their families. She has worked in three universities and was an LEA inspector responsible for the early years for almost ten years. In addition, she has been head of a nursery school and deputy head of a primary school. Linda writes extensively for a range of audiences, on a variety of topics related to early childhood care and education. She has written a number of books on mathematics and is particularly interested in the aspects of learning which underpin children’s long-term ability to think mathematically with confidence and enjoyment.
Followers 1