Followers 1
'Words come too easily’: exploring compliments and the impact they can have

by Caroline Vollans in Articles Teaching and Learning on December 10, 2021

“He wouldn’t comment on their lovely smiles if they were guys,” rebuked my friend during the Women’s US Open tennis final. Emma Raducanu and Laylah Fernandez were playing nail-biting tennis, yet the male commentator drew our attention to their appearances.

Whilst gender is not explicitly stated in the compliment, as with a comment like ‘good girl’, it is nonetheless gendered.

Despite agreeing with my friend, I also felt a certain uneasiness. Who am I to call out gendered compliments when, surely, I’m not immune to making them? The majority of us are party to such remarks, wittingly or not: gendered language is deeply engrained. Behaviours that happen unknowingly are especially worthy of examination.

Presumably the smiles comments were meant well. This points us to the question, does it matter if compliments are gendered as long as they are positive and well-meant?

This is a significant topic for all those who work with young children.

The power of gendered language

Professor Averil MacDonald is emeritus professor of science engagement at the University of Reading. She has done a lot of her work on getting girls into science. Averil says, “We create gender identity pre-birth and the expectations that go along with it. The most powerful way this happens is through language.”

Pre-birth gendering is a fascinating notion, though not unfamiliar to us. How many of us have never seen the bedroom of a forthcoming baby decorated according to their assigned sex? Who has never heard the future dad of a son to say, “I’ll have someone to go to the football with!”

Averil elaborates this theme, “If we look at the English language there are certain words that are associated with feminine and masculine.”

It is not difficult to ascertain which of the following lists of words are associated with masculine and feminine:

Averil continues, “These words appear in job applications and affect whether the person applying feels alienated or that they belong there. Careers in science and engineering will use very different language from those in the early years or nursing.”

This clearly makes the case for the power of gendered language per se.

Gendered words and attitudes are part of our everyday language and habits. As such, they are implicit to how we praise and compliment young people and will have a potentially significant impact on them.

Terri Coles’s article, The 10 Best Compliments for Kids That Aren't 'Pretty' Or 'Handsome (HuffPost 28 /06/2017) looks at compliments that are non-appearance focussed. Coles says, “Kids are pretty cute ­- and it's hard not to let them know it. And most of the time, we mean well when we tell our children how beautiful they are. But when our compliments to our kids focus too much on appearance, they can backfire”.

This is endorsed by parent Laurie Turner, “When you focus on how they look, what does that say to them if they ever have a disfiguring accident or develop severe acne as a teenager?" Laurie makes compliments to her children based on what they do as opposed to what they look like.

Coles argues that it is more beneficial to the child’s self-worth to focus compliments on process and effort. Commenting, for instance, on the kindness a child shows to their friend or the effort they put into a painting, helps to reinforce their positive qualities and boost their self-confidence. These, too, are things the child has some control over, unlike their amazingly curly hair or long legs.

It is important to consider:

·         what is it we want to draw attention to when complimenting a child? 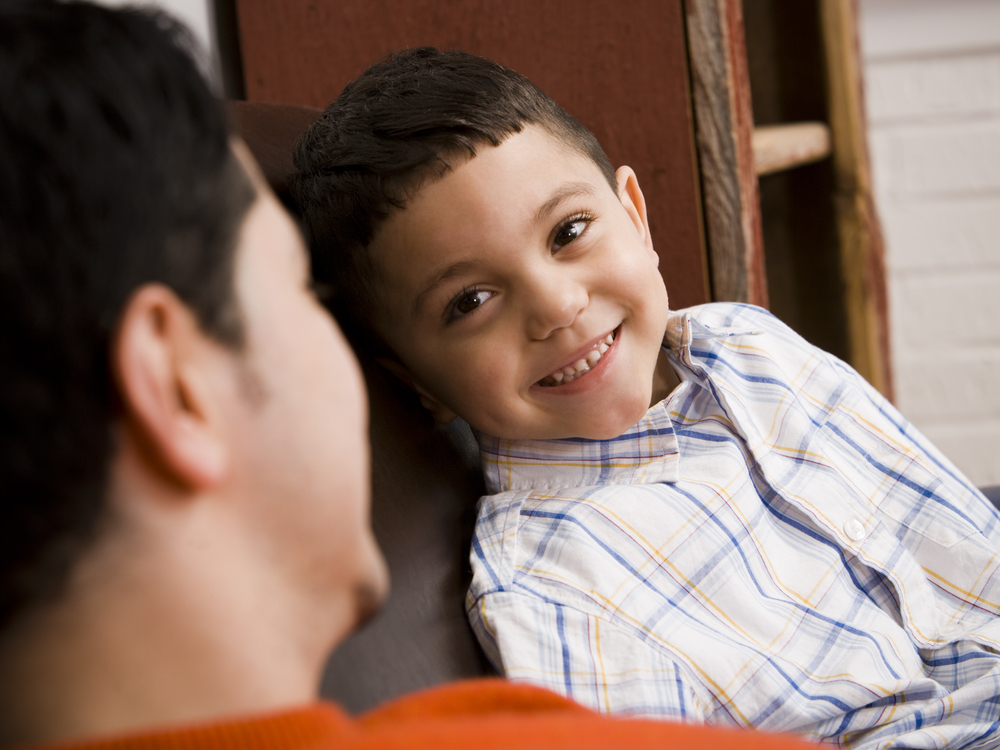 Gender Action is a programme all about challenging gender stereotypes. Its vision is to transform school and nursery environments. “There are no inherent differences between the genders that should limit anyone’s interests, capabilities or ambitions. Nurseries, schools and colleges can encourage young people to be individuals and can be places where choices are free; not edited through a gender filter.”

Georgina Phillips, representing Gender Action, points out, “Some problematic compliments are obvious, such as complimenting young girls’ appearances and the importance of their looks. Some are more innocuous. Research indicates that girls are disproportionately praised for neatness. This can encourage them to value their neatness over creativity and exploration”.

She adds, “We work with many early years practitioners who indicate that they don’t think they compliment children in different or gendered ways. However, once they (or their colleagues) start to note the compliments, they are shocked to see just how often they do.”

Gender identity is a growing discourse, and a complex one. People can get nervous about causing offence where ‘issue-based’ topics are concerned, especially if they say things inadvertently. This is, of course, understandable in an era of vicious social media.

However, if we want to implement change, we need to start by developing an awareness of our personal habits and predilections. This does not mean being self-critical, or judgemental of oneself and others. Rather, there needs to be a space where staff can be open and honest: exploring their biases in a way that will be helpful and progressive. It is then that learning can happen, and change be affected.

Georgina Phillips spoke about the change one EYFS teacher made, “He noted how young girls would often seek compliments for their clothes or appearance. He encouraged his team to acknowledge them without giving praise: “Look at my wellies!” “Yes, they are wellies”. He admitted that it initially felt strange!”

Georgina went on to point out that, using different terms of endearment for boys and girls, is one of the ways we can unintentionally reinforce difference, and that difference is important. The BBC 2 documentary, No More Boys and Girls: can our kids go gender free?, focusses on trying to make a school gender-neutral. One of the teachers asked his Year 2 pupils to point out when he called the boys ‘mate’ and the girls ‘sweetheart’.

Taking these seemingly small steps will make a difference. 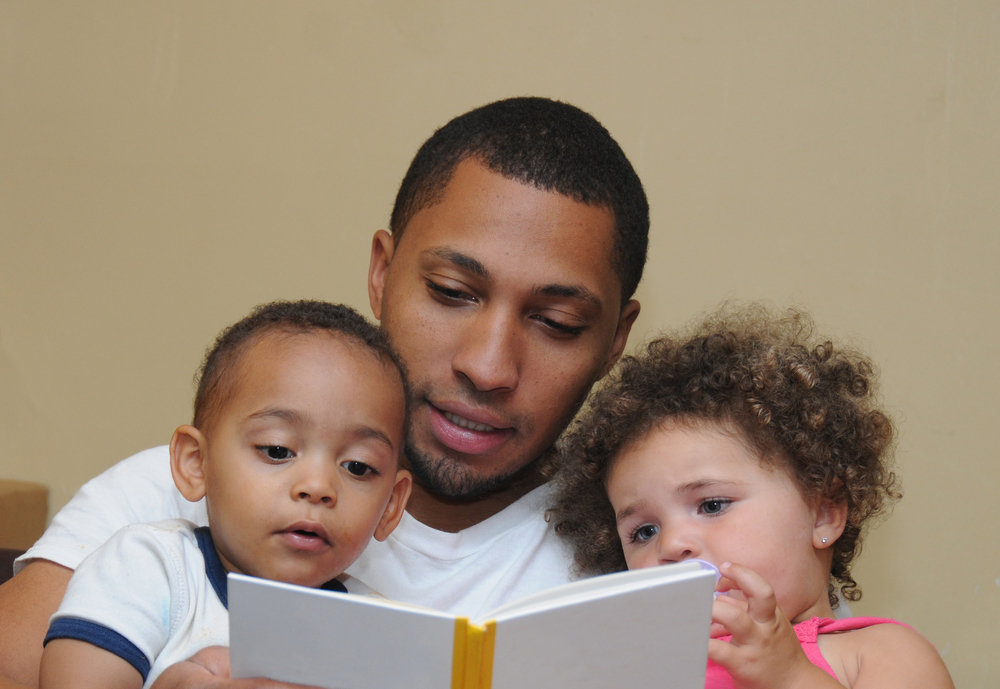 The prevalence of the binary

Fundamental to any discussion about gender is the binary model where gender is assumed to align with one’s genetic or assigned sex at birth. So, if a baby is born with two X chromosomes they will be assumed to grow up female with female characteristics and traits.

Basically, binary is the classification of two distinct forms – in the case of gender this is feminine and masculine. Most gendered words are binary in that they apply to two genders: girl/woman and boy/man. This can lead to misgendering - that is, referring to a person using a word that does not reflect their gender. In other words, it makes assumptions about them, and their gender identification. Using more inclusive language, on the other hand, does not pressure children to fit into certain stereotypes.

Fifi Benham, says on her blog, ‘Regardless of individual experience, we as practitioners must acknowledge the gender binary, and the way it attempts to dictate different aspects of life.” (Gender Inclusive Practice 27/10/2020)

It is quite simply a fact that we no longer live in the age of gender binary. This is something we have to get our heads round. Yes, it will turn much of our embedded thinking and attitudes upside down, but necessarily so if we are to do justice to ourselves and those around us.

I remember on my tenth birthday I wore my new yellow flowery dress to school. My teacher smiled, ‘What a pretty dress for your birthday.” This compliment worked for me. In fact, it made my day.

The same comment may, however, have been a sore point or very troubling for another child. Maybe they didn’t want to wear a pretty dress on their birthday, let alone have it highlighted.

Over the years, many of us will have taken gendered compliments positively, and many quite the opposite. We cannot know how a compliment might be received. Good intentions are not always enough. This is precisely why it matters and is an area worthy of our exploration.

Finally, I want to end with something my mother, who has four daughters, said, “I only wanted girls because I wouldn’t know how to talk to little boys.” A minefield …

Having taught in primary schools for fifteen years, Caroline Vollans trained as a psychoanalyst. She now works as a student counsellor in a secondary school and a freelance writer.
Followers 1