by Caroline Vollans in Articles Teaching and Learning on March 11

Tim Gill, one of the UK’s most reputed experts in play, has a great ability to look at life through the eyes of children: how they experience life, benefit from it and suffer it.

In his well-known book, No Fear: Growing up in a risk averse society (Calouste Gulbenkian Foundation, 2007), Tim argues that risk averse behaviour in childhood can damage and endanger children’s lives. Rather, he would like to see a freer environment for children with more of a balance between protecting them from real threats and enabling them to pursue nourishing and challenging opportunities.

In his recent book, Urban Playground: How child-friendly planning and design can save cities (RIBA Publishing, 2021), Tim draws on cities around the world to see how they can be healthier, more sustainable, and more inclusive, for all ages. It informs us how urban designers and city planners can make cities better for everyone, and the planet. 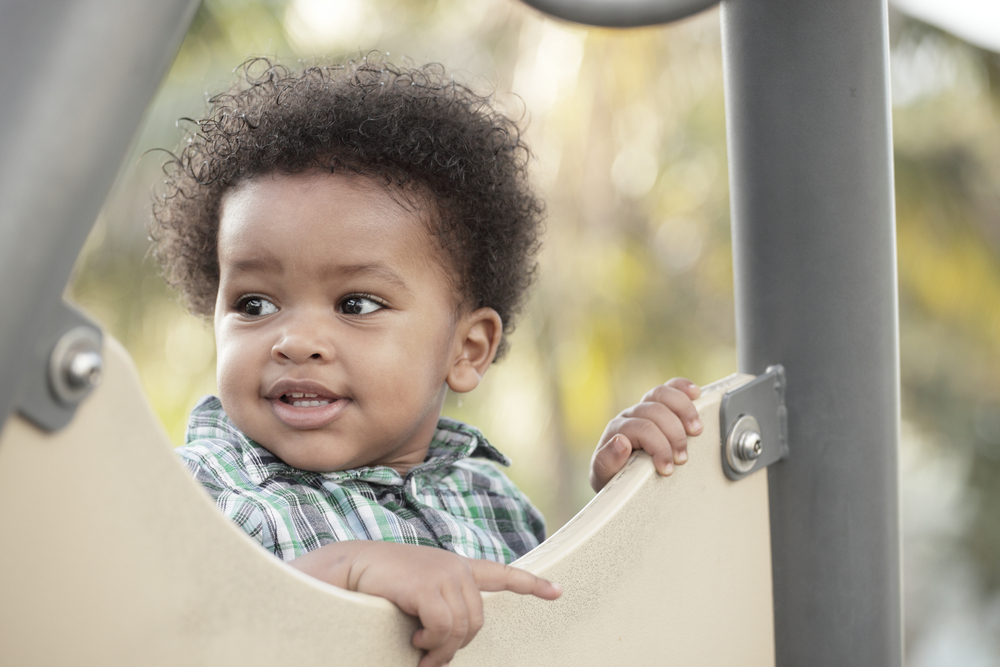 What would you think was the main cause of formerly ‘normal’ play opportunities being labelled dangerous or irresponsible?

I think it was a shift in the way our British-Anglo culture saw children and the adult role in children’s lives. It’s what I call in No Fear the development of a philosophy of protection: the adult role being to protect children from all possible sources of harm. In previous generations parenting was more focussed on children being resilient and learning how to overcome obstacles.

Do you think there is a social class and / or cultural heritage aspect to risk aversion?

It’s interesting that the vast majority of parents who I have contact with, in setting up Forest Schools programmes or getting play streets happening, are middle class parents who feel that their children’s lives are too scheduled.

Regardless of social class or cultural background, most of the adults that I speak to have very positive memories of the value of some freedom and being away from adult anxieties during their own childhoods - that sense of the importance of having everyday freedom comes through.

In terms of culture, as lots of research shows, you can certainly see families of Chinese and Pacific Asian origin have a very strong focus on formal education from a pretty early age, so very little free time. I could see that in the countries I visited – Korea’s the most dramatic.

One of the things you say about risk aversion is that it ‘corrodes children’s relationship with adults’ - can you say more about this?

The growth of fear of predatory adults drives a mistrust between adult and adult, and between children and adults. For children, they start from a position of doubt and suspicion. For adults, there’s less willingness to get involved if they see children in difficulty. It wasn’t so long ago that if someone saw a child in a difficult situation, they would offer to help, but now there’s definitely some anxiety. Conversely, children don’t feel the adults around them are, by and large, well disposed towards them. 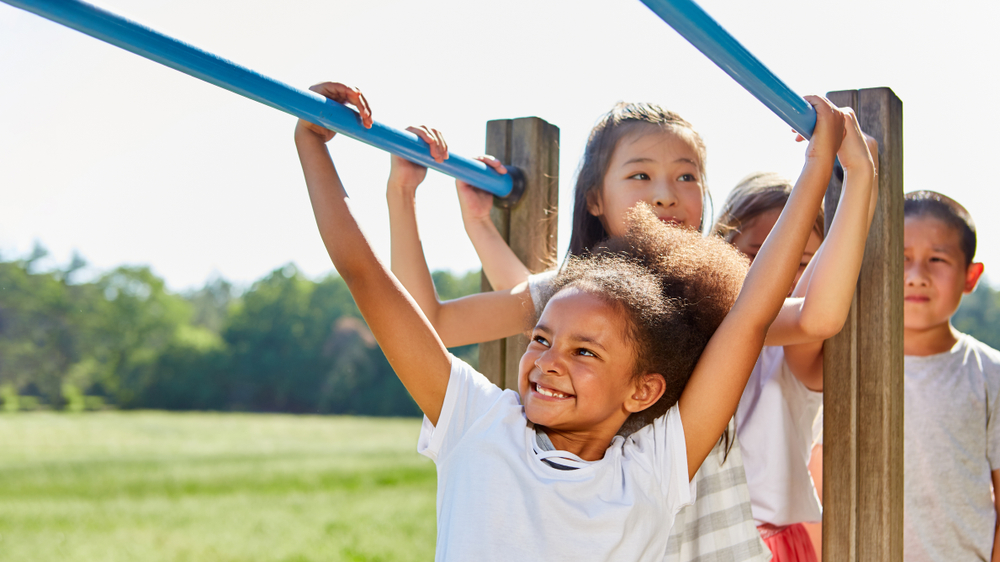 Was there any backlash to No Fear? Were you accused of being irresponsible?

There was hardly any backlash. I felt that, on the whole, the book gave voice to a lot of anxieties that adults had been having. Not only teachers and parents, but also business leaders who were worried about the next generation of entrepreneurs.

Do you think risk aversion is more of an issue in urban environments?

I actually think - and there is some evidence for this - that it’s more of an issue in rural environments. This reflects the fact that rural lives can be quite isolated, and parents have to be more involved in everyday freedoms, for instance the parental taxi service. We might think that rural families have the countryside on their doorstep, but it’s frequently not the case. The greenery that’s around them is often not readily available – it might be fenced off or cut up by busy roads.

Sometimes I talk of childhood as being a journey from dependence to independence. That journey is best made in a series of gradual steps. In a rural context the steps can be really quite big – once you get beyond your own garden where do you go next? If your friend is in the next village or the play area is across a busy road, that journey can be harder.

How does your work on risk aversion link with your more recent focus on urban play design?

Well, it comes back to the case that I make for a good childhood. That is, the need for a rich diet of childhood experiences. If children don’t have this then they’re less happy, but also less able to grow. One of the reasons why children’s lives are more constrained is because of their built environment and features of that built environment, crucially the dominance of the car. It’s also about the quality of parks and play spaces, and how safe and welcoming they are for children.

In No Fear I essentially said, ‘here’s the problem and this is why it happens’. The two things we need to do are to shift to a philosophy of resilience, and to create more child-friendly neighbourhoods where children can enjoy more freedom.

So, the urban playground argument unpacks what a child-friendly neighbourhood is. 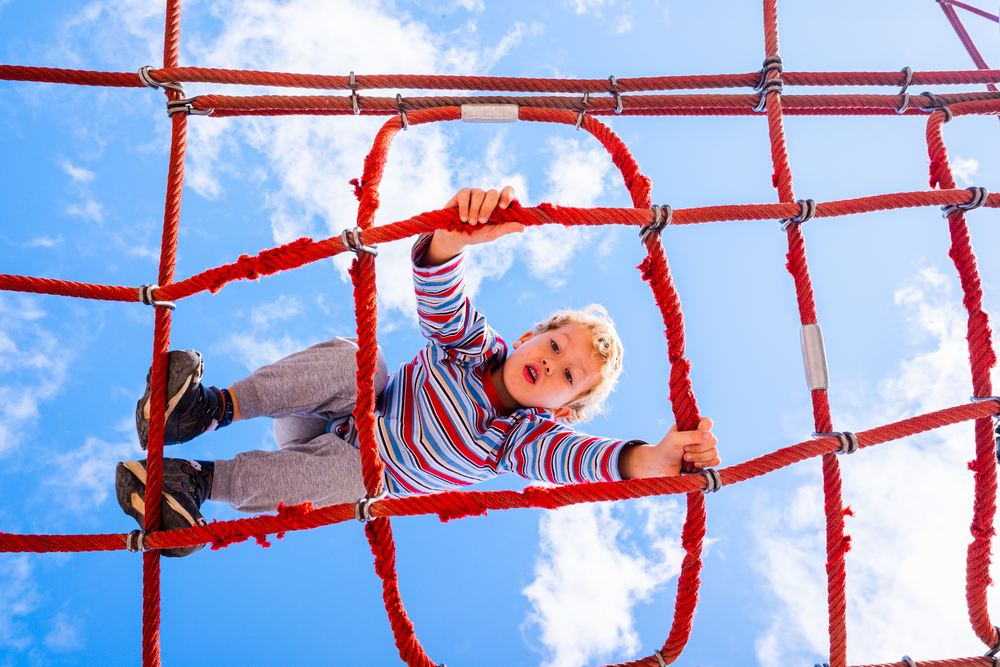 Of the many countries you’ve visited, where would you most like to raise a child?

I’m going to say The Netherlands. I think the Dutch are known as a culture where children are respected and cared for. They’re also a country that does a really good job of designing and planning towns and cities. They are the world’s leaders at humane, sustainable, equitable planning.

Levels of cycling in the Netherlands are enormous and that’s not just because it’s flat or because the Dutch have always cycled, but because it’s been a focus of their planning ethos. They’ve recognised that cycling is a healthy way to get around.

Coming back to that journey of childhood, cycling is a wonderful next step from walking. In the Netherlands it’s a step that most children make. In the UK it’s extremely rare to make that progression from walking to cycling. If children do cycle here, it’s often recreational rides with their parents in a park. It isn’t a surprise that the Netherlands are always top of those league tables of children’s wellbeing.

What would you say are the three most important aspects of urban planning?

That includes both moving and parked cars. Parked cars are less understood as problematic, but essentially they are big chunks of metal occupying space that we could otherwise do other things with. Also, cars are getting bigger, which should give us pause for thought.

I did a little bit of work around trees - if you ask children to draw their favourite neighbourhood or park it’ll be full of trees. There seems to be something particular about trees, for adults too.

It’s a Goldilocks thing, not too dense but not too sprawling. If you live in a sprawling neighbourhood it may be three miles to the nearest shop. If you live in a dense neighbourhood it often goes with shortage of space. But there’s also the issue of the way that buildings relate to or speak to the space outside. If you’re on the fifteenth floor of an apartment block you can’t check your kids playing on the swings. Things need to be close to hand.

What would your main message be to EYFS practitioners and parents reading this interview?

I would invite parents and educators to think about that journey of childhood and what a good diet of experience might be. For me a lot of it is about outdoor play. I talk about ‘triangle of play’: space, time and a supportive or permissive adult attitude. We can get hung up on the physical space and forget about the time aspect.

The final thing is that I would invite managers to think about those bigger questions: cars, pollution, sustainability. I’m not asking them to join Greenpeace or Extinction Rebellion, but to think about ways they can make a difference. For instance, encouraging parents to allow their kids to walk or cycle or setting about implementing a school street.

In all, I’d encourage any steps that parents or educators can take - for themselves, on behalf of their children, or with their children - to tread more lightly on the earth.

Having taught in primary schools for fifteen years, Caroline Vollans trained as a psychoanalyst. She now works as a student counsellor in a secondary school and a freelance writer.
Followers 1