by Stephen Kilgour in Articles Teaching and Learning on April 20, 2020

Makaton is increasingly being used in Early Years settings across the country.  ‘Something Special’ on CBeebies helped to bring the language program to the mainstream when it began in 2003, and it has increased in popularity ever since.  Makaton was developed way back in 1972 when Margaret Walker conducted research which led to the design of the Makaton Core Vocabulary.

One question I have often heard asked is ‘what is the difference between Makaton and Sign Language?’.  Annette Butler (2018) summarises this well:

“Makaton is designed to be used to support spoken language, for people with learning or communication difficulties. Makaton is often used alongside speech to help aid children and adults with communication. It is common for people to eventually stop using signs as their speech develops.  British Sign Language (BSL) is a language with its own structure and grammar and uses hand signs, body language, facial expression and lip patterns. It is the language used by the deaf community in the UK and, as with any spoken language, is constantly evolving.  The signs used in Makaton are taken from Sign Language and, as Sign Language differs from country to country, so does Makaton. However, unlike Sign Language which has regional variations and dialects, the signs for Makaton will be the same throughout the country.”

The thing about Makaton that always seems so effective to me is that it provides further scaffold in a child’s journey to formal verbal communication.  When a child is learning new words, whether that child is typically developing or not, additional support like a picture or photograph can be so helpful (think flash cards).  Makaton is a different, highly portable way of providing an additional ‘visual cue’ to a child.  It is such an effective method that many parents of young babies now attend ‘baby sign’ classes to enable more effective communication and understanding. 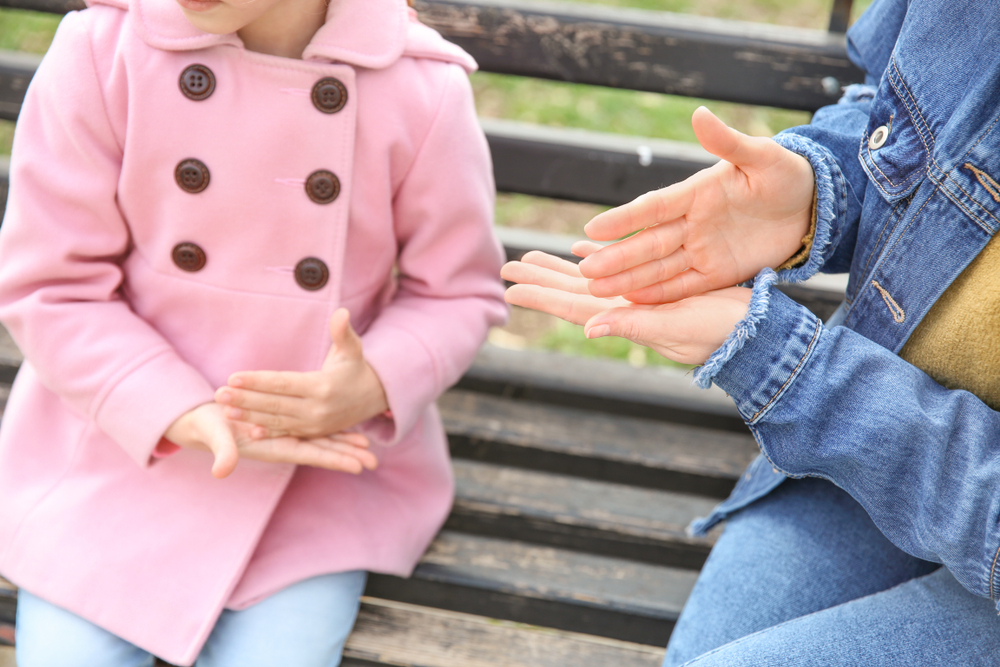 In my role as a SEND Advisor, I visit mainstream nurseries and reception classes in the North East of England and it now seems to be more common for teachers to be using Makaton with their entire group.  This has sometimes been triggered by a child joining the class with additional needs, or possibly this was the trigger last year, but the school have decided it is valuable to continue with the approach.  The children in the groups I have visited who are using Makaton seem so engaged and enthused by the addition of the approach, and it helps them to communicate more effectively with peers who have speech and language needs.  As the Makaton signs have a lot of commonality with British Sign Language, it is also a highly valuable life skill to know some key words.

So far, so good, but here’s my personal issue:  I’m just not very good at it!!  I worked in a school for children with complex learning needs for 11 years, but for the entirety of my time there I was the butt of everyone’s jokes when it came to my signing (especially as for 7 of those years I was the Deputy Head)!  I dreaded learning the annual Christmas song in our whole school staff meetings as the entire school would tend to focus on my lack of ability and chuckle their way through November and December.  I received as much training as anyone else, participated in countless refreshers, watched my expert colleagues, but I always ended up feeling a bit useless at it!  I have pretty much always been comfortable with the basics, I know all the letters so that I can greet any of the children, and am confident with your pleases, thank yous, good mornings and sorrys (usually reserved for apologising to teachers through windows when I was dragging a member of their team away to cover elsewhere!).  But I am open to a bit of self-reflection, so here are the reasons why I think I am not the world’s greatest Makaton signer:

·       As with any area of learning, some people take to things better than others.  My most challenging subjects when I was at school were always the languages (including English!).  I have always felt much more comfortable with learning (and teaching) Maths and Sciences.

·       The old adage ‘use it or lose it’ is very relevant when it comes to Makaton.  In my first few years as a teacher in a special needs school I didn’t incorporate enough Makaton signing into my classroom.  I was generally teaching in classes with very active, autistic children who had significant learning needs.  I focused most of my time on symbol exchange and rightly or wrongly considered that Makaton wasn’t as high a priority for my learners.  Once I became Deputy Head teacher I spent much less time with the children on a day to day basis and this also affected the regularity of my signing.

The best advice I can give to people who feel in a similar situation is to try to make the learning of Makaton as fun as possible.  In the last few years at my school, our refreshers were generally themed, so we’d have quizzes and competitions that were often very competitive, and therefore usually hilarious too.  This different approach helped me to see that I knew more than I realised, and the sessions themselves were memorable so I absorbed more of the new signs I was learning.

If you are committed to using Makaton in your setting, I would recommend looking out for any Level 1 training that is taking place in your area. This is usually a one day course that covers the first two stages of vocabulary. If you are just wanting to dip your toe in the water to start with, then there are so many handy resources online. You could visit the Makaton website: https://www.makaton.org/  Or take a look at their YouTube channel:    https://www.youtube.com/user/makatoncharity .

The beauty of the approach is that even if you aim to learn one new sign a day, you will add to your communication skill set significantly. A great way to introduce Makaton to children is through songs. Singing Hands are a duo who have lots of videos of familiar songs and nursery rhymes on YouTube:  https://www.youtube.com/user/SingingHandsUK . And they'll even come and perform at your setting if you get in touch with them.

Stephen Kilgour worked at Cherry Garden School, an outstanding special school in London for children with severe and complex learning needs, for 11 years, 7 of those as Deputy Head Teacher.  He is now an SEND Advisor and Outreach Teacher at Tapestry. He lives in Newcastle with his wife and two young children and is very capable of watching any form of sport on TV - in the evenings and at weekends he can often be found doing just that!
Followers 0