Followers 1
Unconscious Bias in the Observation, Assessment and Planning Process

Observations are subject to unconscious bias because they are subjective – they are based on our interpretation of what we can see. Our unconscious biases are often rooted in the feelings, attitudes and beliefs that help us to navigate the world, and can led to prejudice and unfair treatment of others.

We can gain our bias from our interactions with:

We may perceive children differently because they:

·         have additional emotional and social needs

·         display behaviour that is viewed as difficult or challenging 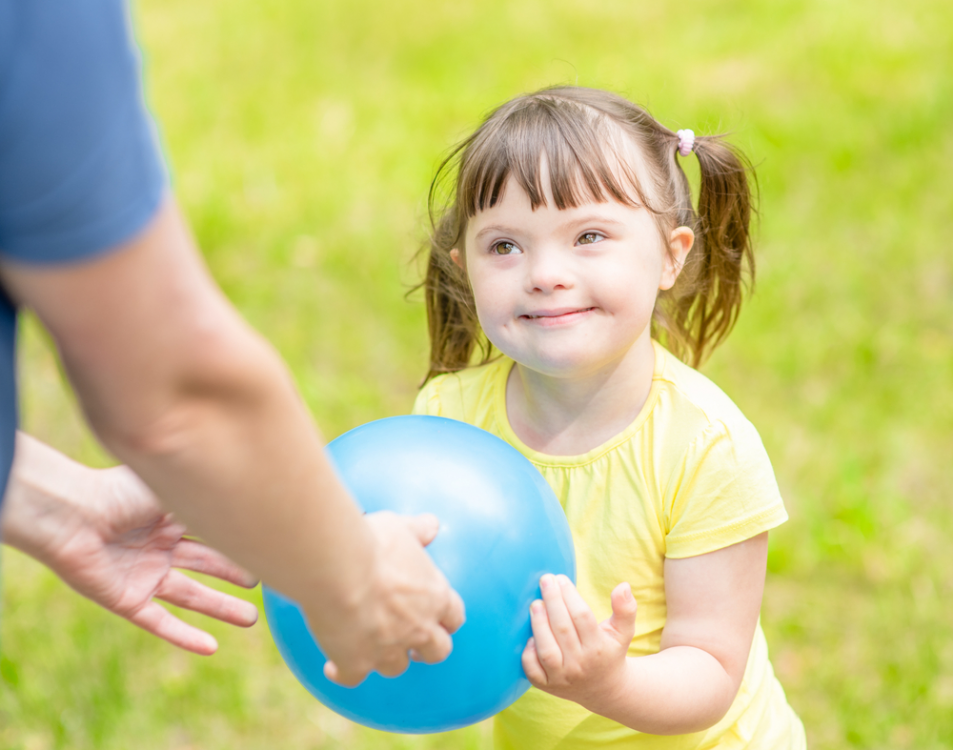 Affinity bias refers to when we display a preference towards children and families who share certain qualities or characteristics with us, or people we like. For example, I once did some work with two groups of families – the first family were Black from the Caribbean and the second family were Asian from Bangladesh. As a Black British Woman of West Indian heritage, I had a natural affinity with the Black and Caribbean group. I shared many cultural traditions with them, which meant I could more easily relate to where they were coming from when they talked about their children. I understood the cultural nuances. It was in those moments that my affinity bias came into play. To counter my affinity bias and to make sure that I treated the Bengali families fairly, I took a number of practical steps which included looking closely at my teaching materials and case studies to ensure that they were relevant to and reflected the Bengali families I was working with. I also questioned and reflected upon my personal beliefs and attitudes about different cultures to help maintain my objectivity.

Whilst we cannot fully eradicate affinity bias from our observations, we should be alert to them because they influence how we see children and their families. Many aspects of the Observe, Assess and Plan (OAP) process can be impacted by our natural affinities, particularly if the educator shares the same cultural heritage as the child being observed and assessed. To counteract this, we have to reflect more deeply on our assessments, checking our interpretations and conclusions to ensure that we deal with issues of race, gender and identity honestly and openly.

There is so much we can learn about children and their culture, and it is vital that as educators we work with their parents and guardians to understand their backgrounds and cultural norms. This means that we need to make time to listen to families from different backgrounds. Finding out about the important events in children’s lives and respecting every child’s home/family background and culture opens us up to differences in approaches. It is in this way we can begin to break down stereotypes we may have of children and their families, which could have a negative impact on their progression.

Three-year old James was sitting on the carpet looking at a book. A few minutes later he was joined by three-year old Dylan who tried to take the book away from him. James defended the book by gently pushing Dylan’s arm away. Dylan screamed.  The educator, asked James “What did you do?’ James replied, “I haven’t done nothing.’ The educators instructed him to go and sit on the time out chair and smiled sweetly at Dylan.

When coming over to the book corner, the educator made an initial assessment snap of the situation. Without asking Dylan what happened or further probing James, the educator made the assumption that James instigated the situation and was the only one to blame. The educator showed no empathy towards James and instead favoured Dylan. It is important to note that Dylan and the educator live on the same street.

Bias can take many forms and young children may become the focus of your unconscious bias if your brain perceives them as different. Turning a blind eye to bias damages children’s development and learning. When observing and assessing children who are not from the same cultural groups as ourselves, we need to have strategies in place to check our conclusions.  At the very least this means we question our OAP criteria for bias in interpretation.

Confirmation bias is when we search for information or interpret what we see in ways that confirm our pre-existing beliefs. We pay specific attention to information or observations that support our views, leading us to pay much more attention to our assumptions and beliefs than what is actually happening in front of us. We may go out of our way to look for evidence to prove our expectations to be true, while at the same time turning a blind eye to the information that challenges our beliefs.

Confirmation bias has an influence on how educators gather information, interpret and recall it. For example, if we believe that a child is under achieving, we might seek out observations that reaffirm the need to limit the opportunities we offer them rather than encouraging us to set up activities that will stretch them. Confirmation bias can also reinforce stereotypes that we have about children.

After reading the reception class a story, an educator begins to ask the group questions about the story. Several white boys shout out the answers to her questions and are encouraged to participate further and share their ideas as the discussion continues.  Romeo, a Black boy, then calls out an answer. The educator directs him to put his hand up if he wants to say something and tells him to stop being disruptive, despite earlier encouraging the white children to participate. After several attempts to get the educators attention by putting his hand up with the answer and being deliberately ignored by her, Romeo disengages from the discussion altogether. The next day, Romeo continues to disengage from story time. His parents notice a difference in his behaviour at home. 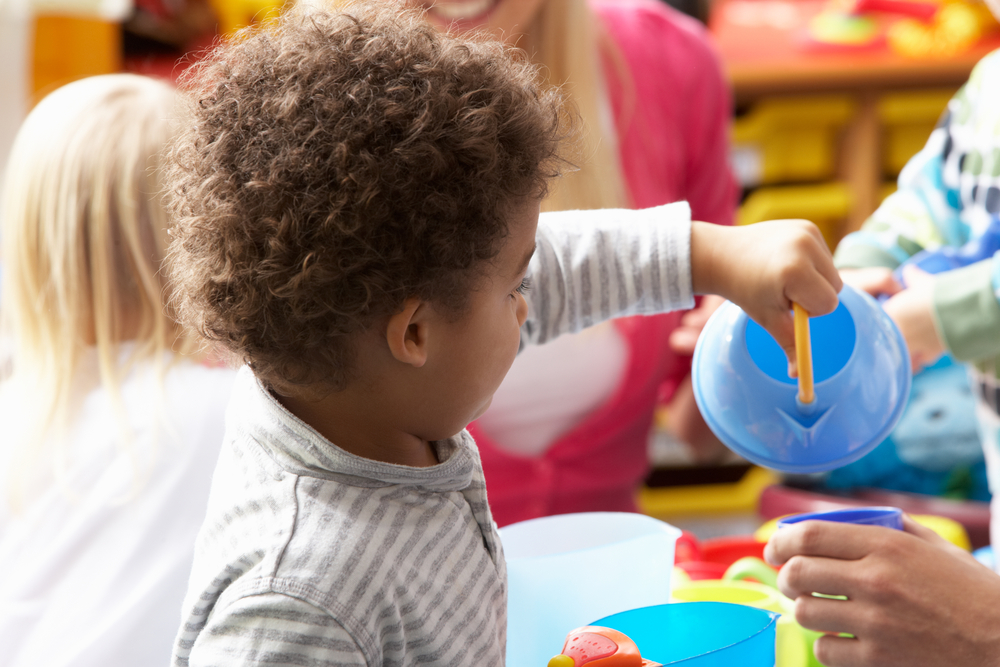 Attribution bias refers to the errors that an individual makes when trying to find reasons for their own behaviours and motivations or the behaviours and motivations of others. Attribution bias is about when we attribute the cause of a child’s behaviour to their character and not the situation. It can be devastating for children to have their characters judged in this way when in reality they may have withdrawn from an activity due to the situation.

For example, when we observe that a child has disengaged from the learning process, we might blame the child for not conforming to our perceived norms, ignoring the fact that we repeatedly refuse to meet that child’s needs to participate in the group discussion. Attribution bias affects how we feel about our own behaviour and think about the children and families that we work with. Our observations of them are like stories, sometime the stories are factual at other times they are based on what we think we see, our attitudes and interpretation of children’s behaviour. How likely are we to put our assumptions, beliefs and expectations into the story in positive and/or negative ways?

In a small rural village preschool two sisters of mixed heritage attend an all white setting. One day the staff set up a role-play area as a hairdressing salon. It had all sorts of mirrors, brushes, shower caps, hairdryers and product packages etc. The sisters raced into the hairdressers with their friends but very quickly came out quiet, despondent. When the educator asked them what was wrong they replied, "There's nothing for us."

When their mum came to pick them up the educator had a discussion with her about the children’s lack of engagement. To facilitate the discussion, the educator took the mum into the role-play area. The mum explained that the girls used Afro combs and different types of products in their hair. She kindly gave the setting some resources to use and it sparked lots of positive conversations with the other children about differences in hair and differences between people in general.

From this discussion the educator understood that she had not represented the girls’ culture well enough and recognised that she would need to gather more information from the parents in order to counter her Eurocentric practice that had initially excluded the girls. The two girls were not being difficult or challenging because they didn’t want to engage. It is only by observing and listening to children attentively with an open mind, that we begin to avoid attribution bias. Being open to how children learn, their interests and how they think and solve problems, will help us to value them as unique individuals. Effective practice starts with observation and it must involve children’s parents and guardians.

The Early Years Foundation Stage Profile results in England for 2018-2019 states that 72% of white children meet the expected standard in development compared to 68% of black children. There is a difference of 4 percentage points. Whilst there are likely to be a range of complicated factors at play here, if our unconscious biases remain unchecked it is highly likely that they, and other underrepresented groups, will under achieve as a result of inaccurate assessments, leading to planning and expectations of learning that does not meet children’s unique and individual needs. Assessment judgments of children’s progress are important decision points for the type of support that children will receive, making it crucial that judgments be as accurate as possible to ensure all children are given the best start in life.

As educators we need to be brave and open to having difficult conversations about bias and take the time to reflect on views, attitudes and beliefs. In doing this, it’s important that we are specific about the language that we use when seeking to address bias. For example, if we talk about taking an anti-racist approach to observations and assessment practices, it is important that we are specific with staff about what this means and how we are going to get there. Effective practice involves reflecting on our teaching practices and our interactions - that includes encouraging staff to question their observations and assessments to check whether they are looking at situations through a skewed lens. This should involve carrying out regular analysis on children’s achievements by race, ethnicity and gender and then acting on findings.

Observing children is a pedagogical responsibility placed on all educators working in the Early Years Foundation Stage so that they can plan to meet children’s unique needs. It’s important to have on-going conversations about bias, race, ethnicity and gender in team meetings, leadership meetings and CPD days.  It is simply not enough to have one off training days as a token gesture to fighting racism, it must be firmly and consistently embedded at all levels of an organisation if it is to make a real impact.

Dr Stella Louis leads a small team of Froebel Trust Travelling Tutors. She is a freelance early years consultant, trainer and author working with individual nursery settings, parents, nursery schools, local authorities, government departments and charities. She provides training and consultancy and is particularly interested in observation and its part in developing learning, especially through children’s schemas. Stella has worked both in the United Kingdom and internationally, in South Africa and Australia, where she worked with teachers to develop a Froebelian approach to teaching and learning.

Hannah Betteridge is an experienced policy professional and public servant. In both her undergraduate and postgraduate degrees, Hannah primarily focused on uncovering the impact of race, stereotypes and bias on outcomes for individuals from Black, Asian and Ethnicity Minority backgrounds in Britain. She is the co-author of ‘Let’s Talk About Bias in the Early Years’ and ‘Unconscious bias in the Observation, Assessment and Planning Process’. She is also in the process of having her first book published, which she has co-authored with Dr Stella Louis.
Followers 1