Followers 1
Resilience and joy: reflecting on the first half term of this historic school year

by Caroline Vollans in Articles Primary on November 17, 2020

The re-opening of schools in September marked a turning point in the government’s response to the pandemic. Pupils needed to get back to their education and school community. The six-month interruption was about to end and the ‘new normal’ – a phrase that now trips off the tongue - of school life was about to begin.

Preparations were extensive both in terms of the physical environment and the protocols for anyone who would enter and, indeed, not enter the building. Managers and staff were faced with challenges that would previously have been inconceivable. Just imagine if a year ago we could have seen photographs or videos of September 2020 – a resounding ‘What on earth is going on?’

Here senior leaders give us a taste of how the first half of this historic autumn term has been:

“The process of reopening Harris Primary Academy following the national lockdown has been deeply rewarding.”

Betty Johnson, Head of the Academy, and Matt Britt, Assistant Director of Primary for the Harris Federation, worked closely to implement a risk management system that would enable their school community to be as safe as possible, while providing as normal a school experience as achievable. On welcoming the pupils back, Betty said,

“I am so pleased with the ways our children and parents have supported us. It has been a delight to see how well behaved and enthusiastic our children have been in returning to school – they really are eager to learn”.

Betty talked about some of the adjustments that have been made, “We have had to adapt our teaching, particularly for Year One pupils who missed a large chunk of their Reception year. This has included providing lots of exposure to early reading strategies, storytelling and writing. The children have needed some time to resettle to our expectations and develop stamina in their independent work.”

Additional support was offered to pupils to prepare for the new term. Matt explained, “Despite having offered online lessons from day one of the lockdown and providing laptops and Wi-Fi access to those children who needed it, some pupils needed an extra boost before the start of the new school year.” Consequently, during August there were two weeks of live online classes so that the older pupils would be prepared for going back. “We felt this was crucial so they could return to school with the key ground rules already covered and a lot of the catch-up elements secured.”

Reflecting on this momentous reopening, Matt reported how they handled an organisational responsibility facing all schools, “One of the biggest challenges we faced was managing the start and end of the school day. The playground only has one entrance and the outdoor space is fairly small. We put in place a one-way system with staggered drop-off and collection times, so that pupils and parents could remain socially distanced. Hand-washing facilities were also made available on arrival.” The staff contributed immeasurably to the smooth running of the day, including making sure that classes started and ended on time.

Though our world is full of uncertainties, Betty and Matt pointed out that one thing is certain and plain to see - the incredible value of the pupils being back at school. One of the children made this clear during the first week back,

“I am just so happy to be back with my friends and with the teachers who make me feel safe and special.” 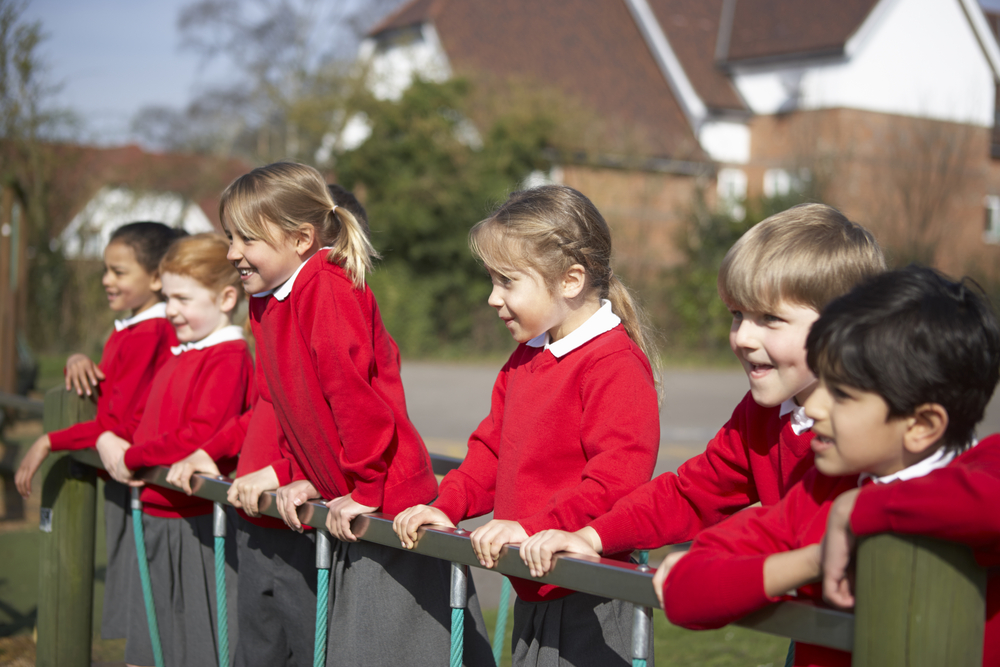 “Someone asked me the other day how this term has been, and I described it like being on an extended family caravan holiday; you plan for it, look forward to it, have lovely days, too many rainy days. And, by the end of it, despite the highs you’re rather glad it’s over.”

This is the verdict of Headteacher, Cassie Buchanan, at the end of the first half of term.

Cassie started by describing the sheer exhaustion of teaching in a Covid-safe setting, “There’s been limited opportunity for things we normally take for granted like spontaneity, coming together as a school community, having regular professional dialogues. As well as this, there is the strain of trying to sustain a cheerful and warm atmosphere against the backdrop of a global pandemic.”

Nevertheless, Cassie pointed out that some of the challenges have brought positive outcomes, “The highs have been high, and we have learnt such a lot. One of the main benefits we’ve welcomed has been building stronger relationships with parents. We now have more of a sense of shared responsibility for the children.” Cassie explained how this increased trust has enabled more honest conversations about parenting and, in turn, accelerated getting external support for those children that need it.

Another positive Covid-related tweak is that, “We have been celebrating the everyday small successes much more – things like children being able to put on their coats, mark-making, managing their feelings well, and so on.” Cassie contrasted this to the more formal approach of recognising achievements at fixed points in the year.

Reflecting on the first few days of term Cassie explained, “Our first major learning curve was teaching the parents new safety routines. We’d hoped that parents would queue on the floor markings. However, this didn't happen, leading to delays and frayed tempers. We had to change our system quickly!” It was decided that drop offs and collection of younger children would move to the school gates rather than classroom doors. Initially, senior leaders saw this as lost time, taking ninety minutes instead of the pre-Covid thirty, “It was seen as neglecting the important stuff but, as term proceeded, gate duty became the important stuff. It’s a valuable time when we learn parents’ names, talk about the children and foster strong relationships”.

For Cassie the principal challenge of the term has been supporting children with SEND. The usual intervention groups could not continue due to having to keep year groups apart. “We decided to expand a specialist class we have for older children with autism to a full-time provision. We, too, set up a specialist base in a garden classroom for younger children to come to for part of the day to work individually on language and social skills. This has been an enormous success - many of the group are now able to speak in two and three-word phrases. The children seem happier and calmer learning in a garden environment with chickens wandering in and out”. This is another Covid-prompted innovation they hope to continue with.

Cassie ended by talking about the difficulty of staff absence, “Moving staff to cover absence is a laborious process. We have to ensure bubbles aren’t compromised, and that those covering are both comfortable and capable in each cover role.”  Consequently, a detailed cover plan was drawn up, “This helped relieve the mental gymnastics of figuring out who was available, safe and suitable”.

Cassie looks ahead with a heartening attitude,

“As we move into the second half of this term, I think we are now more skilled at adapting to change, more resilient to the lows and more aware of the need to celebrate the joy within each school day. I might need a warmer coat for standing on the school gates though!” 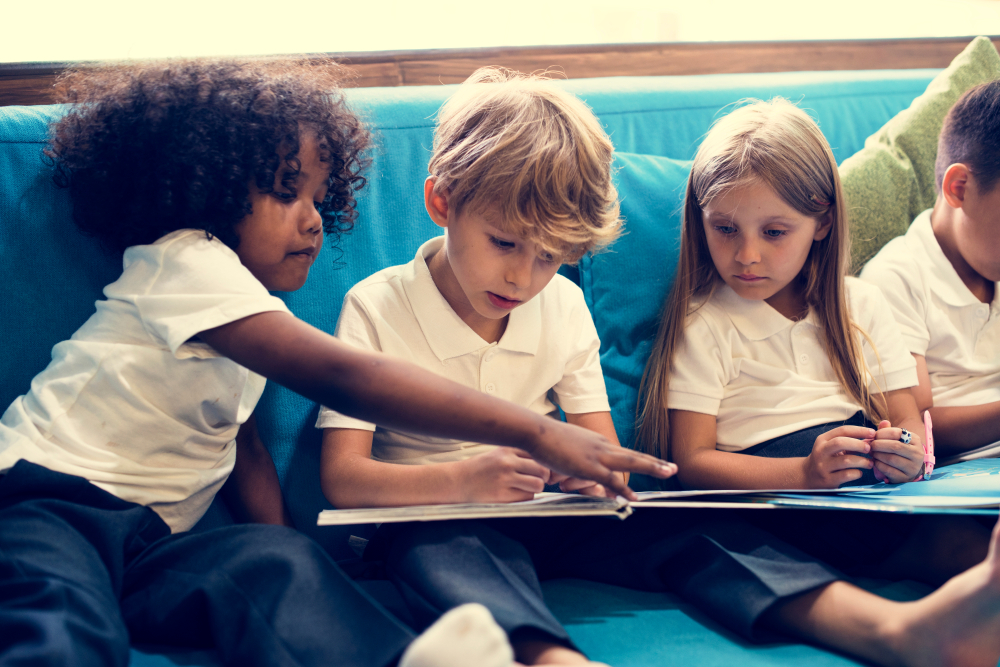 “We were amazed and surprised that the children were ready to come back, and at peace with meeting up with friends and rekindling their play – it was as if they’d never been away,” says Cathy Gunning, EYFS Lead at Eko Trust.

After the immense amount of planning for the new term, when September eventually arrived staff across the trust were ready to welcome the children back and greet the new starters. “For our returning Reception children, it was a successful and happy start,” remarked Cathy, “We were amazed that the children were so pleased to be back - they took it in their stride, as if they had never been away!” For the new children arriving in Reception the settling was taken more slowly, with their time spent in school gradually increased.

Across the trust there was a consensus that the children surpassed our expectations in terms of their resilience and coping strategies. Attendance has been pleasingly high. Cathy put this down to the extensive preparations between home and school, giving both parents and children confidence. “We recognised that parents and carers would have differing levels of anxiety. At one of our primary schools, for instance, a parent was very concerned about being around other parents, so we arranged a separate place for them to bring their child and slightly altered their timings. Similar personalised adaptations have occurred in most of our schools.” Cathy thinks that this bespoke planning, together with the fact that every child’s teacher is in contact with home via email, has alleviated major parental worries about re-opening.

Eko Trust also put a lot of time into preparing for the eventuality of bubbles being sent home. Again, this depended on working closely with families so that there could be a smooth transition between working at school and home. Cathy comments, “Having familiarised parents with our online approach –Tapestry for Reception – the switch from school to supporting play and learning at home was easy.”

Cathy reports that the teams have found it fascinating talking with the children about the pandemic. “They are very knowledgeable about germs and what they can do to keep safe. One child told their teacher, “If you touch the dirty things and lick your hand you get ‘coronivorus’”.

“In all, the children seem to be settled and happy, transitioning back positively. We will be there to continue to help them enjoy school and their learning every step of the way.” 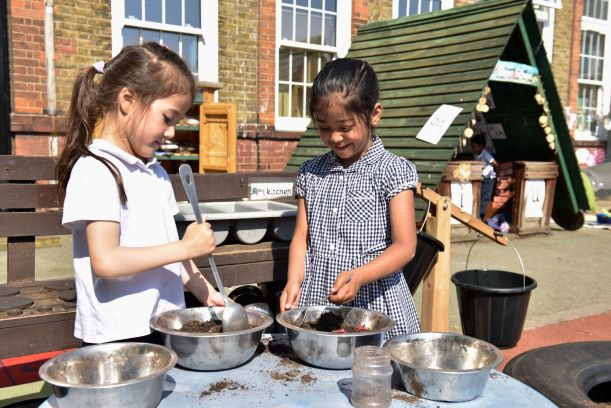 Having taught in primary schools for fifteen years, Caroline Vollans trained as a psychoanalyst. She now works as a student counsellor in a secondary school and a freelance writer.