Followers 0
Preparing for transition: What can a child expect to experience during the first few weeks of Year 1?

The first experience of school, Reception, should be a year full of play and exploring as the children settle into their new learning environment, grow into their uniform and build new friendships. Play is key to a child’s development as they learn how to use their language skills, control their emotions and become more creative. Let’s also not forget that, at the beginning of Reception, some children may already be 5 years old, while some will have only just turned 4 – only 48 months old! This is why play is so important. It allows children to meet and reach across the developmental stages, learning to deal with frustrations, social situations and how to follow the expectations that are set when they start school.  These are just a few of the areas a child navigates during the Reception year. This is before they have to cope with learning to read, write and count! If you look at the all round progress a child in Reception makes (not just academically) anyone involved in the development of an Early Years child should feel very proud of what they achieve.

Fast forward 12 months and those children are now entering Year 1. Again, some of them will already be 6 years old, but some may have only just turned 5, the same age that some of their peers started in Reception, when they had a whole year of play ahead of them.

What can a child expect to experience during the first few weeks of Year 1? 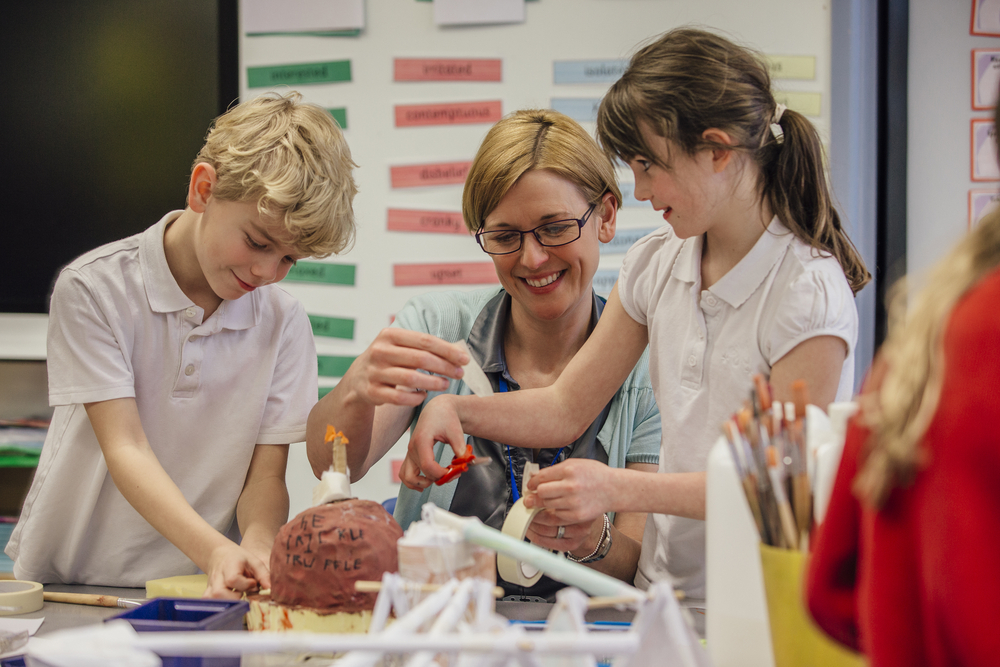 I know what I would expect them to experience – the same as they had just a few weeks before when they were in Reception. When I led Year 1, I made sure that for the first few weeks we had a timetable that was the same as the children had been used to before the holidays. I found this helped ease the transition as it was a routine they were used to and so they knew what to expect. This was helped by the fact that I moved up into Year 1 with that year group, so I knew the children and what they were capable of and, more importantly, understood how they learnt best. During those first few weeks we did a lot of learning through play.  I worked with small groups (which meant I took children away from their play), and we used our outside area. By carefully resourcing activities, we were able to guide the children to achieve their learning when they were self-selecting in the classroom. Our theme was The Skeleton, and we focused on the fantastic book 'Funny Bones' by Allan and Janet Ahlberg.

We didn’t need to have ‘taught sessions’ where the children sat on the carpet, struggled to concentrate and to listen to the teacher, then went off to the tables and did a task that they may have found really easy or too hard. Instead, we had activities in the learning environment that allowed children to explore skeleton models by pulling them apart and putting them back together, books to share with each other (that also had some great pop out skeletons!), apps on the Chromebooks and tablets that allowed the children to see a skeleton by peeling away the skin and muscles. There were also art resources to encourage children to use models and pictures to create their own versions of skeletons and labels to encourage writing and organising. Some of our more able writers chose to produce instructions for putting a skeleton back together or to add to the lyrics for the skeleton song! Great fun was had in PE when we did a skeleton dance and used the time to explore how we could get our own skeletons to move as well as always using the appropriate vocabulary for the different parts which the children had been rehearsing in their play.

We were then able to sit and work with small groups and support them through teacher led activities, allowing us to really engage with those children who understood the skeleton, and with those who needed further support. The children enjoyed looking at the books about skeletons well beyond the end of the topic, and they were able to refer to different parts of the body when we investigated animals later in the year. This proved to me that they had really understood, they had experienced the knowledge alongside developing their skills, mixed in with a healthy dose of self-directed learning, rather than just being able to label a diagram correctly.

This style of teaching, especially in Year 1, can seem very chaotic to an observer. But look closer, and the engagement and curiosity of the children with their learning will become apparent.  It may be a bit different to the play that they experienced in Early Years. Personally, I feel this is fine as they are slightly older and many of the children can handle being more focused on a task. The important part is ensuring that the child still has ownership over their learning and is able to approach it in their own way.

The question is – how should this transition be achieved? I am a firm believer that Reception is not there just to prepare children for Year 1 – it is a different phase of their education and should be treated as such. Reception is all about the freedom to explore the world and make sense of everything. Year 1 is the start of the National Curriculum.

The best way those working in Year 1 can provide this type of environment is to ensure that they have communicated effectively with the Early Years staff. The transition of knowledge about the children is key to making this a success. The Early Years Handbook states that:

This really highlights the importance of the Year 1 teachers getting to know the children in Reception as early as possible. I appreciate that SLT may not know who will be teaching where the following year. But this is such a valuable part of a positive transition for children that it is worth breaking with tradition and (as soon as SLT are confident to do so) announcing Year 1 teaching staff before other year groups. Radical, I know!

There have been a number of case studies which show how effective the play-based approach to teaching in Year 1 can be. Putting the emphasis on the child investigating a topic for themselves is a great way to create a motivated learner and allows the teacher to work with children in a way that engages them. It allows the teacher to observe each child’s process and give them the individual extension and support they need.

If your Year 1 classroom closely resembles the Reception class at the beginning of the year, how does that evolve as you navigate your way through Year 1 to prepare children for Ye 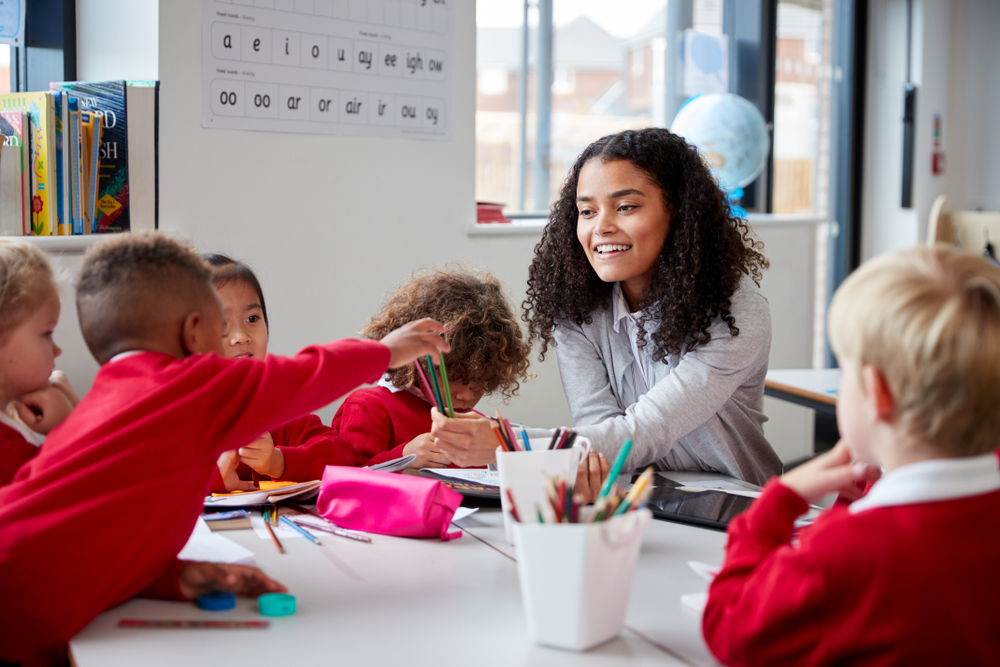 The previous example of my Year 1 class and their skeleton explorations occurred early in the year. After October half term we began to introduce some more formal learning sessions – especially in our maths as we were introducing the children to Inspire maths which, if you know about it, is fairly formal! That didn’t stop us learning the songs and lines for our Nativity, which was a full production on our stage, with lighting and props. Our phonics was a ‘formal’ taught session (as it had been in Reception) where we split the classes up into smaller groups for a daily 25-minute session. We did this for the whole year and came out with a result that was in line with the national average. The key is to introduce the more formal sessions gradually, so the children don’t really notice it happening. A few minutes more here and there over the weeks and you’ll soon find that by February half term, most of the children are participating in structured sessions for longer periods of time. Some children may be able to cope with this more quickly than others, but that’s where this way of approaching the transition really works – you can focus those children who are ready without losing the others. It can also help children with additional needs and who may take longer to adjust to the more formal approach, as they are no longer left on the outside whilst the rest of the class move on. The transition is a journey over the year – slow and steady wins the race!

As the case studies show, the children who have been allowed the freedom and autonomy of learning through play in Year 1, settle more quickly and are better prepared for Year 2. The transition from a play-based approach to more formal learning should not be happening while the children are still in Early Years – which is what occurs if Reception staff know that the approaching Year 1 is more formal - it should be happening once they leave Early Years. In other words, during Year 1.

When you look at your Year 1 classroom at the beginning of the year, does it look more like Reception or Year 6? Then ask yourself, are you ensuring these children are achieving their full potential in the setting you are providing?

Ben moved from teaching Primary (although he trained in Secondary!) to joining the Foundation Stage Forum (FSF) in 2019. He has taught in Reception and in Years 1 and 4. When he’s not answering Tapestry customer support queries, he can be found writing content for the FSF and Tapestry websites, browsing Twitter or running the Facebook ‘Tapestry Support Group’ account. He still dreams of being an F1 driver but makes do with watching races for now!
Followers 0